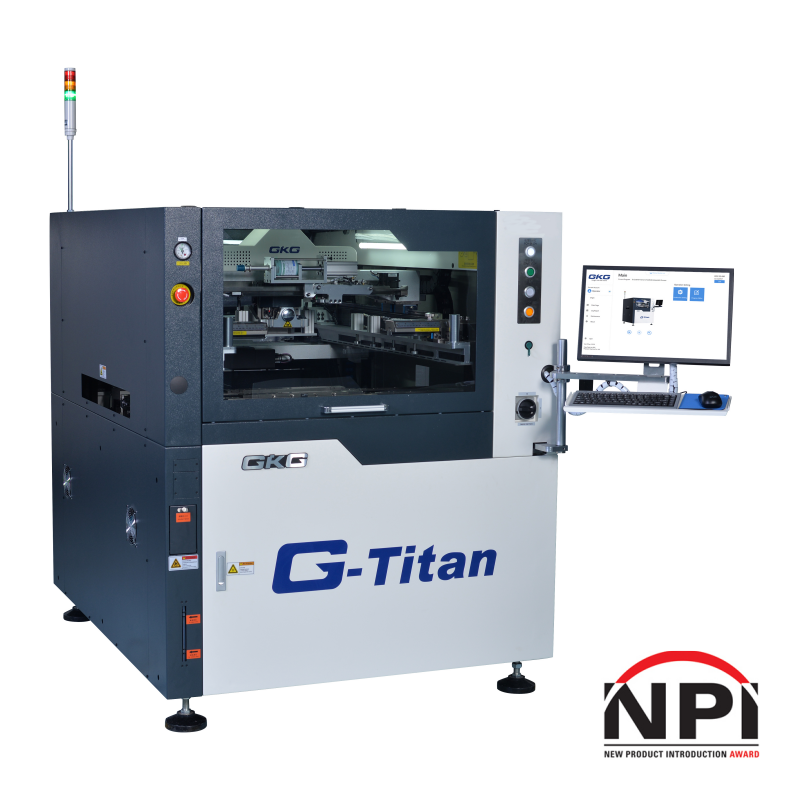 MORRISVILLE, NC –  Juki Automation Systems (JAS), Inc., a world-leading provider of automated assembly products and systems and part of Juki Automation Systems Corporation, announces that it has been awarded a 2018 NPI Award in the category of Screen / Stencil Printing for its new G-Titan Screen Printer. The award was presented to the company during a Tuesday, Feb. 27, 2018 ceremony that took place at the San Diego Convention Center during the IPC APEX EXPO.

Bill Astle, JAS Inc. President explained; “Both Juki and GKG are ecstatic and honored to receive the NPI Award. The G-Titan is our latest generation SMT Stencil Printer and introduces a new concept in Optimum Paste Control (OPC) using advanced built in features such as automatic paste replenishment, which eliminates insufficient and/or excessive paste on the stencil. This feature also reduces labor and human intervention, keeping the solder paste roll within the optimum range automatically.”

Premiering in 2008, the NPI Awards program is an annual celebration of product excellence in electronics surface mount assembly. Premier products based on the finest examples of creative advancement in technology are chosen by a distinguished panel of industry experts.